Get to know our AIRBUS, BOEING, EMBRAER AND ATR full motion flight simulators 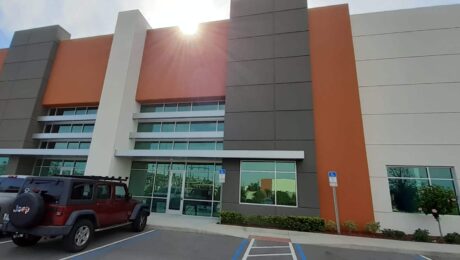 This November, we will open the doors to our newest flight training center in Orlando, Florida.  With the space to hold six full flight simulators, the Orlando Training Center will be one of our larger training facilities.  In addition to the space for six full flight simulators, the sim bay also has space for several door trainers and the front of the house will have office space and classrooms. Primarily serving Allegiant Air and Spirit Airlines, this training center will be highly convenient for the large number of Orlando-area based pilots needing to fulfill their flight training requirements.

The Orlando Training Center will be AFG’s 13th center worldwide. As we grow, we continue to hold true to our mission of maintaining superior customer satisfaction and ensuring maximum efficiency while doing so. 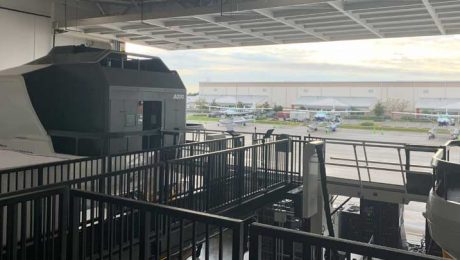 In 2013, with two Sim Industries Airbus A320 full flight simulators and nine local employees, Avenger Flight Group opened our first training center and headquarters in Fort Lauderdale, Florida.  Fort Lauderdale was chosen as the location for the first center and headquarters because of its offering of aviation transportation options.  More than 700 daily flights to over 135 domestic and international locations are accessible from Fort Lauderdale, making it a phenomenal location for us to serve our customers.

Expansion at our Fort Lauderdale Center.

Over the last eight years, our Fort Lauderdale center has grown significantly!  Now, almost 30 employees work at the FLL training center.  The simulator count has grown from the original two simulators to four, with two additional simulators on the way.  The building space has also been extended into the adjacent area, adding more office space and more simulator bays.

We are so proud of this growth and grateful for the dedication of our initial nine employees: Pedro Sors, Elsa Gagnon, Eduardo Carrasco, and Andres Restrepo, and along with five technicians, who worked tirelessly to serve our customers and build the foundation of our thriving company! 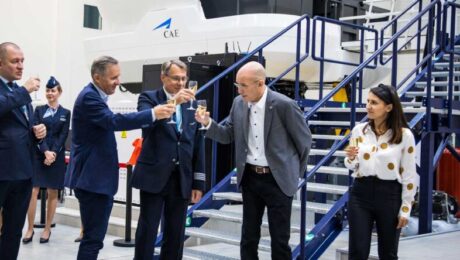 The opening of the Warsaw training center marks the third European training center Avenger Flight Group has unveiled in 2020, after Madrid and Rome, to offer customizable training needs to European airlines. The inauguration was attended by officials from the Polish CAA, Enter Air board members and AFG personnel. The custom-built training center has capacity for six full-flight simulators and over 10,000 sq. ft. of modern classroom, office and briefing rooms. The facility is in the 7R City Flex Warsaw Airport I complex, near Chopin Airport.

“Today we celebrate the hard work of so many individuals who helped in the planning and execution of this great accomplishment. This is an incredible achievement given the challenges we have all faced this year” says Pedro Sors, chief executive officer at Avenger Flight Group. Mr. Sors went on to say “AFG is committed to the future growth of our airline partners and delivering more opportunities to an underserviced region”.

Enter Air intends to utilize 60% of the training capacity for their pilots, while the remainder of the available capacity will be offered to airlines in central and eastern Europe. Enter Air began operations in 2010 with a single 737 aircraft. Today, the airline’s fleet includes 22 Next-Generation 737s and two 737 MAX airplanes.

“A year ago, Pedro Sors, the founder of AFG, called me and asked if we were interested in cooperation. We decided to work together on a new project. Within a few months, a simulator was sent to Warsaw to start training our pilots on the Boeing 737. CAE, the world’s largest manufacturer of full-flight simulator equipment, supplied the Boeing 737 7000XR for training. Due to the pandemic, its launch has been postponed by several months” says Marcin Kubrak, member of the board of Enter Air.

About Enter Air: Enter Air is a Polish charter airline. Currently, the largest such company in Poland and the second largest airline in the region. Enter Air was created in November 2009. The inaugural flight was performed on the 25 April 2010 with a flight from Warsaw to Tunisian airport – Enfidha. Our airline has 7 permanent operational bases in Europe and an additional base in Ben Gurion International Airport, Tel-Aviv. Visit us at www.enterair.pl